ARCAS is carrying out this pioneer project in the Maya Biosphere Reserve (MBR) in northern Guatemala to reinforce one of the last wild populations of scarlet macaws (Ara macao cyanoptera) in Central America. The Mayan macaw is estimated to have less than 400 individuals left in the wild.

In 2004, utilizing non-releasable birds confiscated on the illegal pet market, ARCAS initiated its scarlet macaw captive breeding program on the grounds of its rescue center in Peten. Since that date, it has fledged 3-6 macaws per year for a total of 48 birds. The knowledge obtained from this breeding program is important and has allowed us to assist other initiatives in the area and improve the long-lasting impact of the reinforcement program. The scarlet macaws in the breeding program were all originally taken from the wild, so this program allows them to contribute to the survival of their species.

In 2008 a multi institutional, international workshop was organized to assess the possibilities of survival of the scarlet macaw in the Mayan forest. Among the principal recommendations of the workshop was the need to release captive-bred individuals into the wild as a way to reinforce depleted wild populations.

In 2015, Fundación Defensores de la Naturaleza (FDN) ARCAS and CONAP collaborated in the first-ever release of scarlet macaws in Guatemala, releasing 9 captive-bred individuals into the Sierra del Lacandon National Park (PNSL). PNSL, together with Laguna del Tigre, is home to one of the last remaining populations of wild scarlet macaws in the MBR and the Mayan Forest. It is administered by FDN, and, at 2,029 km² is one of the largest protected areas in the National Protected Areas System, and in recent years has seen a significant increase in forest coverage.

The first-ever released captive bred scarlet macaws now fly free over Sierra Lacandon! ARCAS is more than ever committed to avoid the extinction of this magnificent species and will be carrying out annual releases and satellite monitoring in the future. 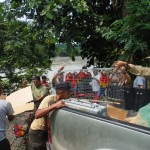 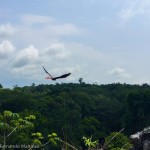 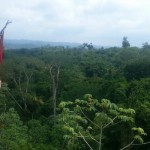 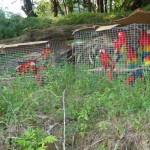 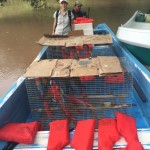 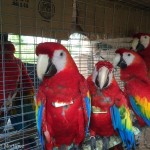 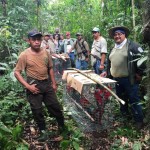 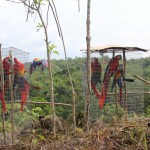 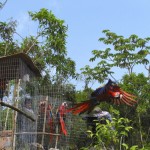 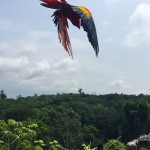 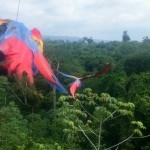 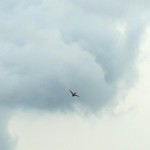 The jaguar is perhaps the most emblematic species of the Mayan Biosphere Reserve, being the top predator in the dry forest ecosystem of Petén and featuring prominently in Mayan mythology and culture.

It is also one of the most seriously endangered wild animals in the area, primarily as a result of habitat loss due to the advance of the agricultural frontier, as well as hunting and animal trafficking.

With its habitat shrinking and with less prey available due to unregulated hunting, the issue of “problem jaguars” is increasing, where irate farmers are shooting or poisoning jaguars that are attacking their livestock.

ARCAS collaborates in efforts to conserve this flagship species. With Defensores de la Naturaleza, CONAP and Unidos Para la Conservacion, it took lead in the veterinary aspects in the radio-collaring of jaguars in the Laguna Del Tigre National Park and is currently aiding fellow NGOs in addressing Human-Carnivore conflicts to generate “jaguar proof” cattle ranches.

Check our “ARCAS Wildlife Rescue Center in Peten” and get involved!.

One of the most frequently-trafficked animals in the Petén region is the Geoffrey’s Spider Monkey (Ateles geoffroyi). These monkeys are usually captured using the incredibly inhumane method of shooting a nursing mother in the treetops, and, if it survives the fall, plucking the baby from its dead mother.

Obviously, these baby monkeys come to the Rescue Center in very poor shape; bruised by the fall, in shock from the loss of their mothers, dehydrated and hungry.

They require careful hand-raising to insure that they do not become accustomed to people before they can be incorporated into a troop.

First months are spent in quarantine/nursing area and once the monkeys are ready they are formed into troops which they will then be consequently be released in.
Once troupes are formed, they are transferred into progressively larger rehabilitation enclosures on the grounds of the Rescue Center where they can build up their muscles and develop social and maintenance skills.

During all the stages or the rehabilitation process the monkeys are fed wild foods, so that they learn what foods to eat once they are released. Prior to release, medical tests are conducted to ensure the monkeys are healthy and pose no threat to wild populations.

The rehabilitation process finishes with monkeys transferred to a pre release enclosure on the grounds of the Rescue Center. These enclosures are constructed using solar-powered electric fencing to leave an island of trees where monkeys can build up their muscles and learn to forage.

Ethograms are conducted to observe monkeys' behavior to determine whether they are adapting to the wild. Once their behavior is analyzed and results shown that they have appropriate wild behavior, they are fitted with radio collars and released into the MBR, where they are monitored for the following year.

The entire process between the time a baby monkey is brought to the Rescue Center and is released into the wild can take over six years!