Where We Are: ARCAS in Hawaii

(No, this isn't part of the Hawaiian Islands! It’s called Hawaii because when the founding father of this Pacific coast town first arrived 60 years ago, he had seen a postcard of the island of Hawaii and thought he saw some similarities.)
Guatemala's Pacific coast stretches 254 kms between Mexico and El Salvador and is made up of volcanic plains on which some of Guatemala’s richest agricultural lands and largest farms lie.

Because of this intense agricultural activity, the coastal plain - unlike the Petén region whose forests have remained relatively healthy - has lost much of its original biodiversity. However, the coastal fringe – especially its beautiful mangrove wetlands, lagoons and volcanic sand beaches – remains comparatively untouched, home to a rich variety of marine and bird life.

ARCAS's base of activities on the south coast of Guatemala is the Hawaii Park, a 3-hectare protected area on the beach, 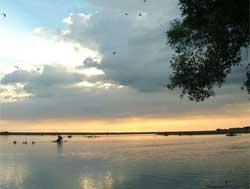 2 kms west of the village of Hawaii and 7 kms east of the eco-resort town of Monterrico. The Park consists of a large, comfortable rancho with volunteer quarters, three smaller volunteer houses, kitchen, library/office, and bathrooms.

Environmental exhibits and trails highlight the threats to sea turtles and other natural resources of the area. Crocodile and iguana captive breeding pens lie just behind the main rancho.
Nearby are the yellow-naped amazon cages where these highly endangered parrots are bred in order to support the decimated wild population. On the beach are the three Hawaii sea turtle hatcheries, a turtle hospital and holding tanks, as well as a lookout tower for those spectacular Hawaiian sunsets.

The Pacific leatherback turtle is unfortunately nearly extinct with only 2000 individuals remaining in the entire Pacific ocean!

In 1993, ARCAS initiated its conservation activities in the Hawaii area primarily as an attempt to counteract threats to leatherback and olive ridley turtle populations by over-harvesting of eggs by local collectors. Despite their endangered status, virtually all sea turtle nests in Guatemala are poached and the eggs sold as a supposed aphrodisiac; clearly not necessary given a population growth rate of nearly 3%. 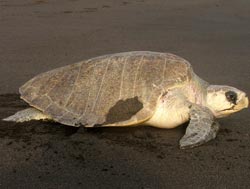 Under its Sea Turtle Conservation Program, ARCAS operates the most productive of the 28 hatcheries in Guatemala. Under Guatemalan law, local egg collectors are permitted to harvest olive ridley nests as long as 20% of each nest is donated to a local hatchery.

The harvesting of eggs of all other species is prohibited. ARCAS solicits donations of sea turtle eggs from local collectors, reburies these eggs in the hatchery and after roughly 50 days of incubation, the hatchlings are released into the sea.

Volunteers also conduct nightly patrols and nests found on these patrols are buried in the hatchery. ARCAS also operates the El Rosario Hatchery in the small fishing village of the same name, 8kms to the east. Nearly 55,000 sea turtle eggs were collected at the Hawaii and El Rosario hatcheries in 2013, accounting for nearly 25% of all the eggs collected in Guatemala. 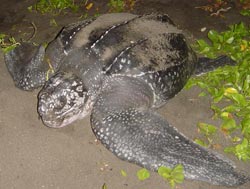 In collaboration with students and researchers from all over the world, ARCAS also carries out very detailed research on sea turtles, including ambient conditions in hatcheries and on the beach, hatchling success rates, crawl count surveys, DNA studies and open-ocean population monitoring.

In 2011 and 2013, it led efforts to document the mass stranding of hundreds of sea turtles on the beaches of the southeast of the Pacific coast. With the support of the US Fish and Wildlife Service and the Guatemalan governnment’s FONACON fund, it is carrying out crawl count populations surveys on 9 sites along the entire Pacific coast. 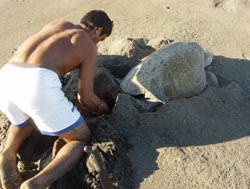 The population of this the largest reptile in the world is in grave danger of extinction due to the industrial longline tuna and swordfish fisheries as well as unregulated egg poaching on nesting beaches.

The leatherback’s decline has been clearly documented by Spotila (2000) and Crowder (2004) who show a reduction of 99% of nesting females in the last 25 years and an overall population remaining in the western Pacific ocean of less than 1000 individuals. (Leatherback Trust).

On the other hand, ARCAS’s crawl count data has shown that the olive ridley sea turtle population in Guatemala is steadily increasing. It has worked with CONAP, the Humane Society and other colleagues to allow a controlled harvest of olive ridley eggs while enforcing a total ban on the harvesting of any other species.

On the Hawaii Park, ARCAS also carries out iguana, spectacled caiman and yellow-naped parrot captive-breeding, offspring of which are released into the nearby mangrove wetlands to re-inforce wild populations. 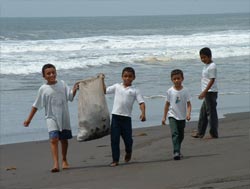 ARCAS believes that any successful conservation effort must not only be directed at protecting natural resources but at helping local residents meet their economic, educational and social needs.

An important aspect of ARCAS’s program in Hawaii is environmental education. ARCAS staff and volunteers give presentations, offer green English courses, and conduct beach clean ups and hatchling releases races with local school children. The aim of all these activities is to teach local children the need to conserve the natural resources on which they depend. 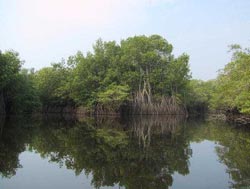 The mangroves of Hawaii

After years of hard work on ARCAS’s part, in 2015, the Guatemalan Congress officially declared the Hawaii Multiple Use Zone, a 4000+ hectare protected area focused on this the second largest mangrove forest remaining in Guatemala.

The process of establishing this protected area involved intense community consultations, and resulted in the development of a management plan which includes programs in disaster relief, research, ecotourism, waste management and education, among others.

ARCAS is currently working with CONAP to establish a similar protected area in neighboring Las Lisas – La Barrona, and to extend these two protected areas into the ocean. 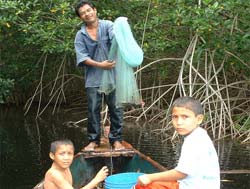 Fishing on the Chiquimulilla Canal

In 2007, with the support of the Netherlands Committee of the IUCN, the Disney Worldwide Fund for Nature and the Wildlife Land Trust, ARCAS purchased the 25 hectare El Salado Farm.

The farm is located on the northern fringe of the Chiquimulilla Canal and consists of approximately 1/3 mangrove and 2/3 dry forest, and includes a pre-Mayan archeological site. ARCAS is reforesting the farm, and will be developing it as a private nature reserve in order to begin hosting birdwatchers and ecotourists, giving local residents economic alternatives to extractive practices of the past.

It will also serve as a buffer zone for the mangroves against the expanding sugar cane industry and establish research programs to monitor sugar cane’s effect on water quality, flora and fauna.

Together with One Earth Conservation, the American Bird Conservancy and the Wagmore Foundation, since 2011 ARCAS has been collaborating in the Yellow-naped Amazon conservation consortium, COLORES. COLORES seeks to conserve the Yellow-naped Amazon (Amazona auropalliata) as a flagship species to strengthen protected areas on the Pacific coast of Guatemala, the home range of this parrot. The Yellow-naped suffers from habitat loss due to agribusiness, and COLORES estimates that just 500 of these charismatic parrots remain on the Pacific coast. It is highly sought-after on the illegal pet trade due to the fact that, after the African Grey, it is the parrot most able to imitate the human voice and other sounds. For more information, visit the COLORES Facebook page at @Conservacionlorosguatemala

For more information or questions about the COLORES project, please contact us at [email protected] We look forward to hearing from you